CQUALS prides itself on the quality of teaching we offer. All of our teachers are highly qualified, experienced and trained in the communicative method of teaching. CQUALS offers education programmes developed to meet the needs of students of all ages and levels along the lines of CEFR (Common European Framework for Languages).

At CQUALS, the standard of the teaching is very high and the students will be kept informed regularly of their progress as they develop.  This way, a partnership is established between the school and the student that will greatly assist in the student’s development. We have put in place a solid structure that ensures each student is treated as an individual with every opportunity to achieve their full potential. CQUALS is a school where students share their efforts and successes and where they feel at home whether they are adult or young learners.

CQUALS is a school where a students will also:

We welcome all students from all ages, nationalities and backgrounds to the harmony of our international ethos. 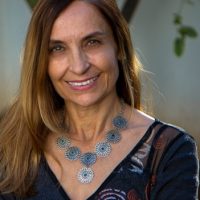 Ferdiye Ersoy, BEd MA PhD (UK) is an academician as well as linguistics and education specialist with 25 years of experience. Dr. Ersoy is also the Honorary Cultural Attache for France and is in collaboration with European institutions on a number of projects.

She graduated from the University of London Institute of Education with an MA in Language and Education. She completed a course on Language and Gender at Oxford University as well as a PhD in Applied Linguistics at Aston University, UK.

Dr. Ersoy was awarded the title of Honorary Cultural Attaché for France in 1995 has since actively worked to establish educational, academic and cultural bridges between the Turkish Cypriots and other countries, in particular with France. Dr. Ersoy led CQuals that she founded in 2010 in many projects in collaboration with European institutions on a number of projects such as l’Institut Français de Chypre, British Council, the European Commission Cyprus Representation of Cyprus.

Dr.Ersoy was awarded the CHEVALIER DE L’ORDER DE PALME ACADEMIQUE by the French Republic in November 2018 by the Ambassador of France in Cyprus, Mr. René Troccaz, with a ceremony held at the Embassy Residence in Nicosia.